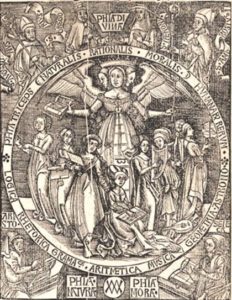 The Istituto Superiore Mario Boella has established the Guido Fubini Prize, in memory of Guido Fubini (Venice 1879- New York 1943), the  great mathematician who taught Mathematical Analysis both at the Politecnico and the Università di Torino for 30 years (1908-1938) and was famous throughout the world for his studies of pure and applied mathematics.
The Fubini Prize is administered by the Progetto Polymath and the Associazione Subalpina Mathesis.
Evary year The Fubini Prize supports a young Italian mathematician  (under 40 at the end of the year and resident in Italy or temporarily resident abroad) who has obtained results in the fields of pure or applied mathematics and is recognised for his studies by the international scientific community.
The organizing committee of the Fubini Prize has three members: Gabriele Lolli (Scuola Normale Superiore di Pisa), Franco Pastrone (Associazione Subalpina Mathesis – Università di Torino),  Paolo Valabrega (Progetto Polymath – Politecnico di Torino). Each year they choose which mathematical field should be considered for the prize and appoint a judging committee of at least two well known professors not belonging to the organizing committee. A member of the organizing committee may also be a member of the judging committee, if necessary.
Every year all Italian mathematicians and scholars of mathematical applications  will be requested to recommend the young researchers that in their opinion deserve to be considered for the prize. The judging committee  will choose the winner from among the list of recommended candidates, but, if necessary, is allowed to choose from outside the list.

The Guido Fubini Teaching Award is offered for the year 2016 by Laurie Fubini, in memory of Guido Fubini (Venice 1879- New York 1943), the  great mathematician who taught Mathematical Analysis both at the Politecnico and the Università di Torino for 30 years (1908-1938), famous throughout the world for his studies of pure and applied mathematics.

The Fubini Teaching Award is administered by the Associazione Subalpina Mathesis.

The Award is given to a teacher of mathematics working in a Turin secondary school who during his or her career has given relevant contributions to the teaching of mathematics.